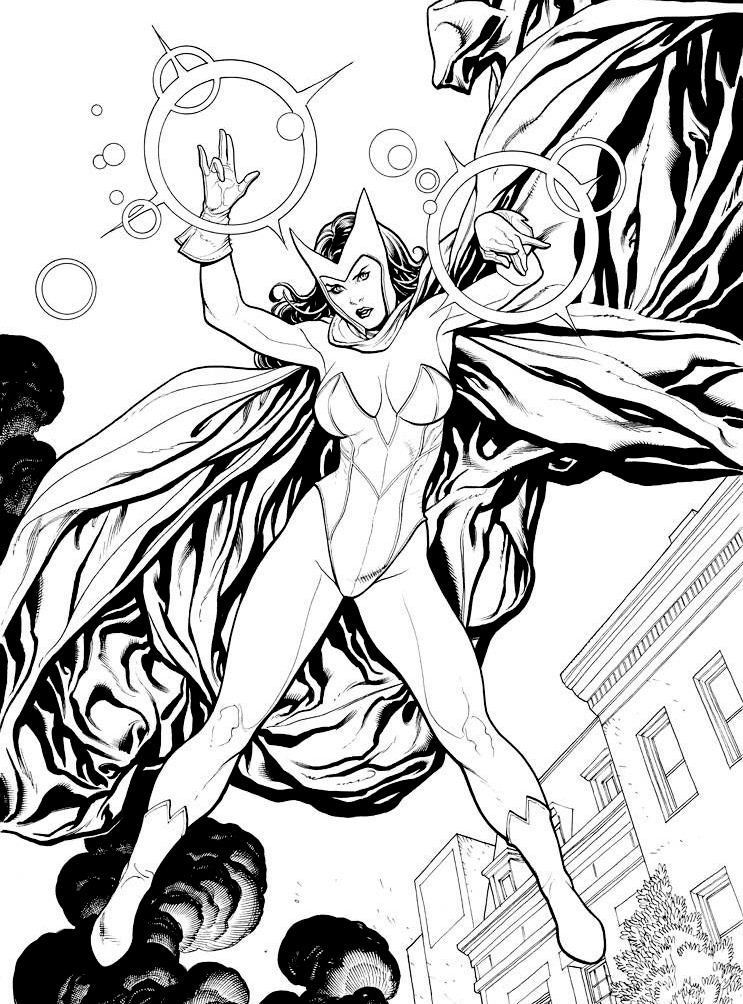 Posted on February 18, 2020 by thecavaliernerd

“Only nothing is impossible, Flora.”

There’s almost no way to describe the scale and sheer impact of All-Star Superman. It has to be read to be understood. There’s a reason why it made my Top 10 List of Comic Books to Read to Get “Into” Comics. It’s fundamental. From opening to close, it demonstrates everything that makes comic books a powerful and captivating medium. And, as I also mentioned in my post, this particular comic book truly is a work of art.

The comic opens with Superman saving a space ship from falling into the surface of the Sun. He reaches the ship at the corona, which hovers at around a balmy 6,000°F. Superman catches the ship and, in the process, develops a new power—the ability to project his bio-electric field to carry, shield, and move other objects. He envelops the ship and tows them safely back to Earth.

Although Superman’s face-to-face exposure to the Sun has made him drastically more powerful (he breezily presses 200 quintillion tons—about 3% the mass of the Earth—during one test … with one arm), we learn the dosage of solar radiation has actually proven lethal to his cells. Though no one thought it truly possible … Superman is dying. Here is where the main plot of the story starts. Superman begins a series of actions, from the minute to the astronomical, to “wrap up” his life. These actions compose the magic and wonder that is All-Star Superman.

As I also mentioned in my Top 10 Comics to Read post, this comic—to this day—forms the basis for how I think about Superman as a character, what he actually is, and what he can actually do. The depiction of Kal-El’s abilities in these pages is nothing short of awe-inducing. For example, when Superman visits his fabled Fortress of Solitude, he reveals he has it locked with a normal-sized key. The key, itself, is quite far from normal, as it turns out. It is made of dwarf star material and weighs half-a-million tons (what!!!????). (For reference, a single teaspoon of white dwarf material would weigh about 15 tons). As we go further into his sanctuary, we see the Man of Steel grabbing tongs and a hammer, heading over to an anvil, and begin forging miniature suns … with his bare hands. He’s feeding them to a Sun-Eater he found roaming around the orbit of Jupiter (of course … just a casual 549 million miles away). The story is peppered with moments like these to let the reader know A) the writer and artist deeply understand cosmological concepts, and B) Superman is truly on another level—plain and simple.

The art also carries the reader through the pages from the very beginning to the closing panel. It’s breathtaking, beautiful, and precise. I previously thought Frank Quitely’s best work was New X-Men where his work inextricably defined those issues, and, partially, that age of comics. Quitely doubled-down on his already superlative talent with All-Star Superman. No pencil-stroke is out of place, no expression is taken for granted, and every motion and position of every character is intentional. It’s an elite representation of the illustrated medium.

Not to mention, Grant Morrison’s story-telling makes this a magnum opus of comic book writing. It’s riveting, suspenseful, and humorous the entire way through. Morrison shows his virtuosity, once again, by tying together every element of the story and bringing in familiar—and obscure—elements of the Superman mythos. Reading the tale is like seeing a puzzle come together in slow motion, but then it flips around, reveals a completely different image, and then you travel like 10 years into the future. Classic Morrison. It stands as one of the best written comic works, period.

All-Star Superman is a must read, without exception. It blends story, art, characters, and—of course—Superman together in ways that will stick in your memory for as long as you walk and breathe. The reason I know the number “quintillion” is because of this comic. The book will certainly change, or, rather, crystallize your conception of the Man of Steel. It may also affect your ideas of the Universe, others, and maybe even yourself. That’s how you know you’ve picked up a work of art.

Comic Grade: S (the next tier above ‘A’)

Assist The Cavalier Nerd in continuing to review comics and purchase the works mentioned in this post here: